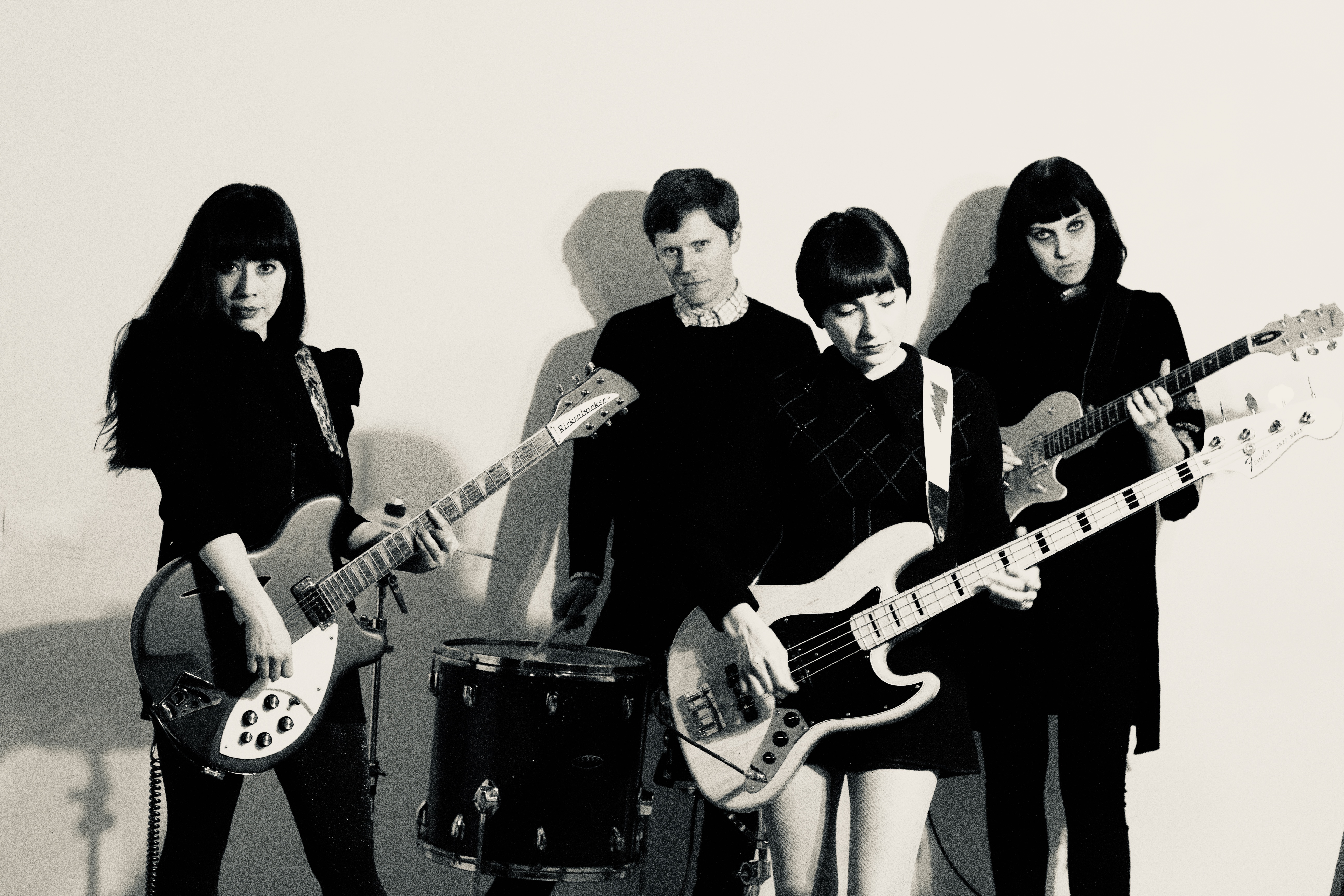 Seablite is a four-piece pop band from San Francisco inspired by 80s/90s indie and shoegaze. Founding members Lauren Matsui and Galine Tumasyan had been writing songs together for several years; when joined by guitarist Jen Mundy, Seablite debuted an auspiciously-received EP, in 2017. Drummer Andy Pastalaniec soon joined and the group began playing regularly in support of their EP, including opening nods from Ladytron, Brian Jonestown Massacre and The Charlatans.

Seablite are releasing a follow-up 10” EP in February 2020, recorded and produced by Alicia Vanden Heuvel of The Aislers Set in San Francisco. The 4 song EP is being co-released by Emotional Response (US) and Meritorio Records (EU).

Listen and/or grab your 10” vinyl HERE!

2019 was a huge year for Meritorio – not only for us, but for the incredible bands we have the privilege of working with. We’d just like to thank you all for supporting our humble label and making our dream come true.

Read on for a complete summary of our 2019 titles to make sure you haven’t missed any of them.

Manchester indie band Sprinters return with a brand new album. The self-titled debut released by Manchester’s Icecapades label (2017) was labour of love combing elements of surf, indie rock and dream pop, on ‘Struck Gold’ the band explore different territory and offer a much more ambitious affair. Sonically the songs are more powerful, sound more focussed and the songwriting more streamlined. The indie pop side to the band is dramatically dulled down and instead the band offer up some of their raunchiest songs to date, dialling up the noise and combing it with raucous indie rock.. 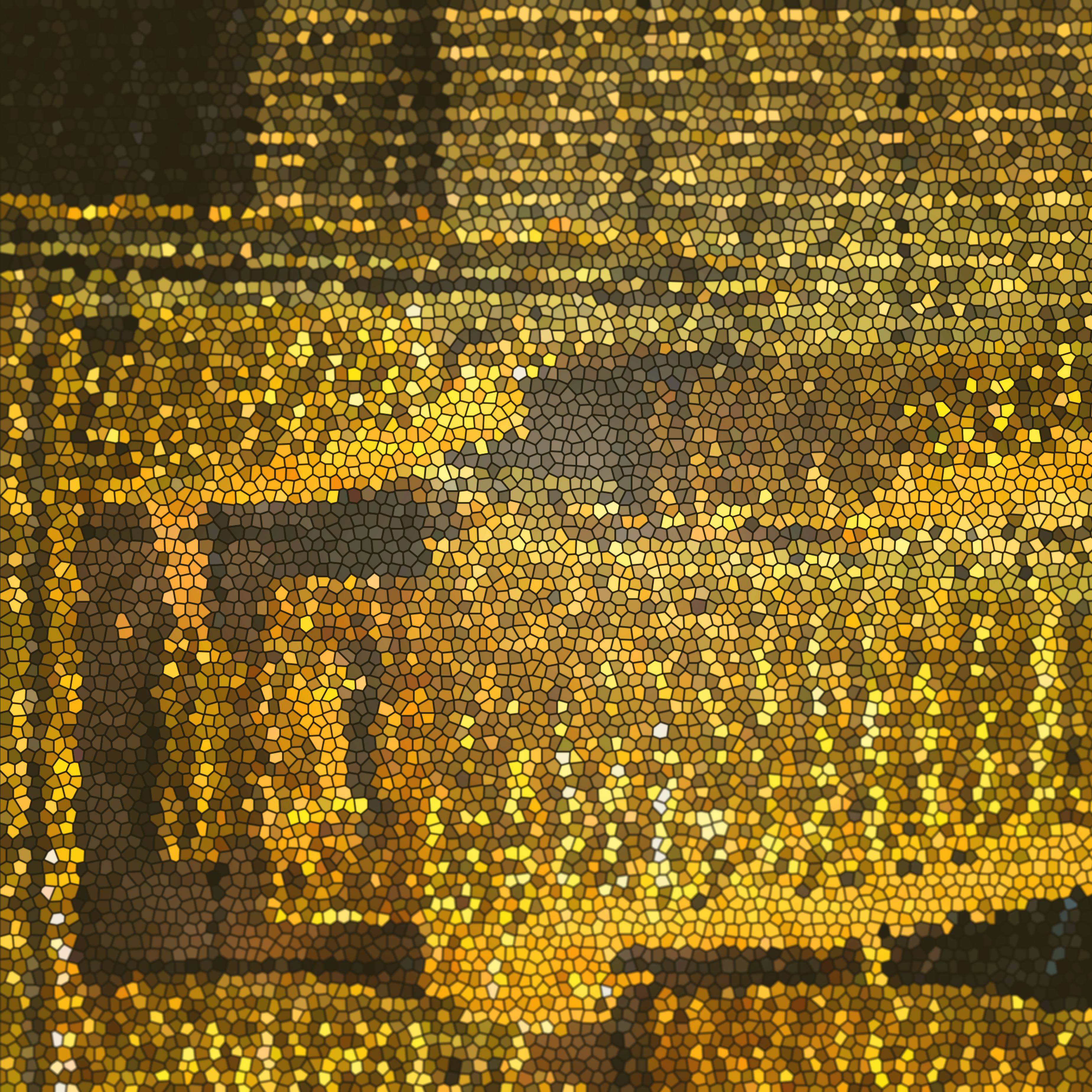 This is the debut single by Ana and Luis. The group features Ana Gonzalez (Bobkat 65) and Luis Navarro (Detritus X) who with a shared love of 60s Pop and Country Folk taking influence from The Beach Boys, The Beatles, Gene Clark, Emmylou Harris as well as English Folk acts such as Sandy Denny and Fairport Convention have joined together to honour their love of this music to create a wonderful double-sided folk pop 45 release, with amazing songwriting and really great musicianship. 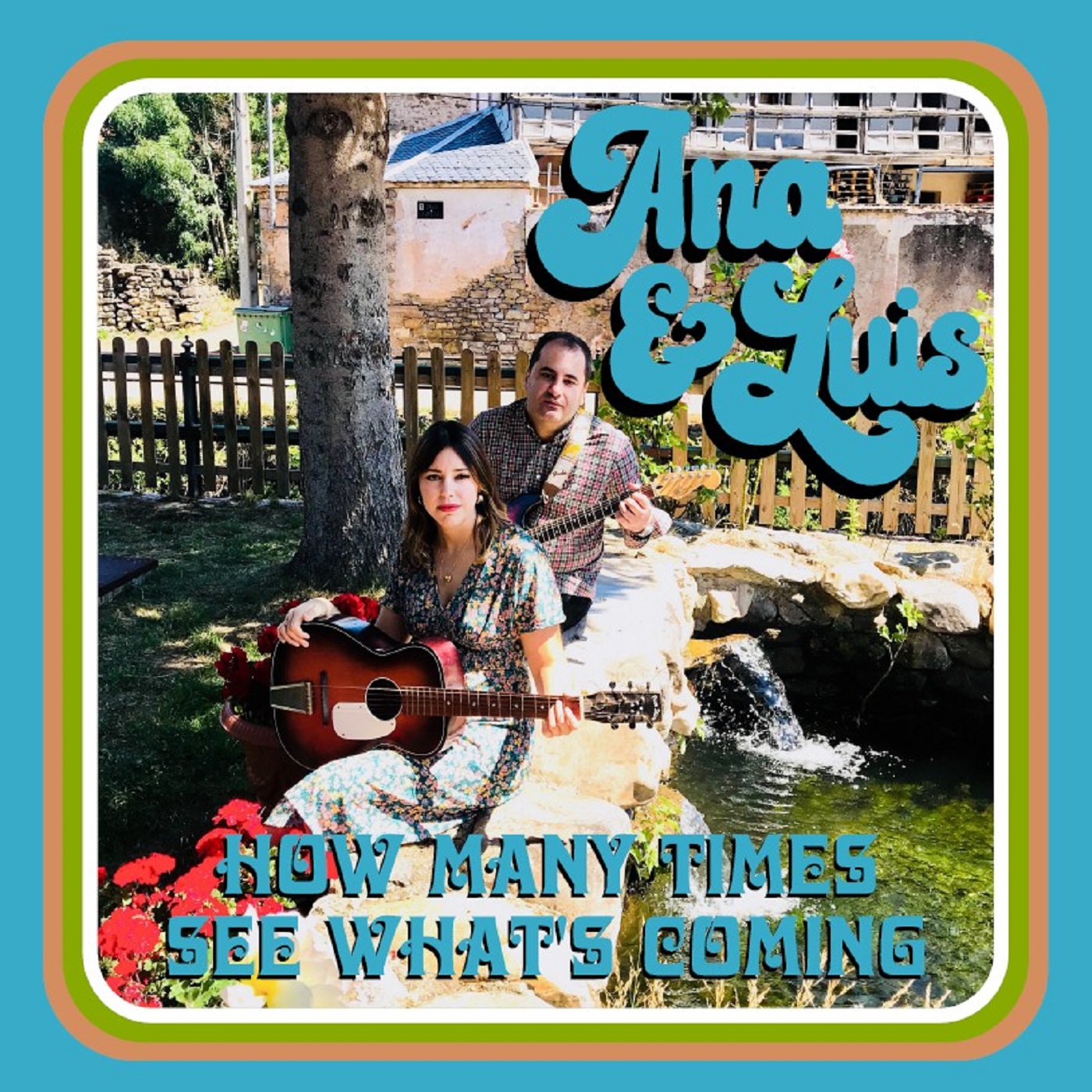 Capitol is a five-piece indie band composed mostly of brothers, from Hamilton, Ontario. Capitol’s debut LP Dream Noise was recorded in the summer of 2018 at Candle Recording in Toronto, produced by Josh Korody (“The Dirty Nil”, “Tallies”, “Weaves”) and mastered by Sarah Register in NYC (“Future Islands”, “Depeche Mode”, “Lower Dens”). Capitol are influenced by an array of an genres from 70s punk to modern indie rock, and “Dream Noise” captures the decades in 11 eclectic tracks. This is a co-release with Canadian label Kingfisher Bluez. 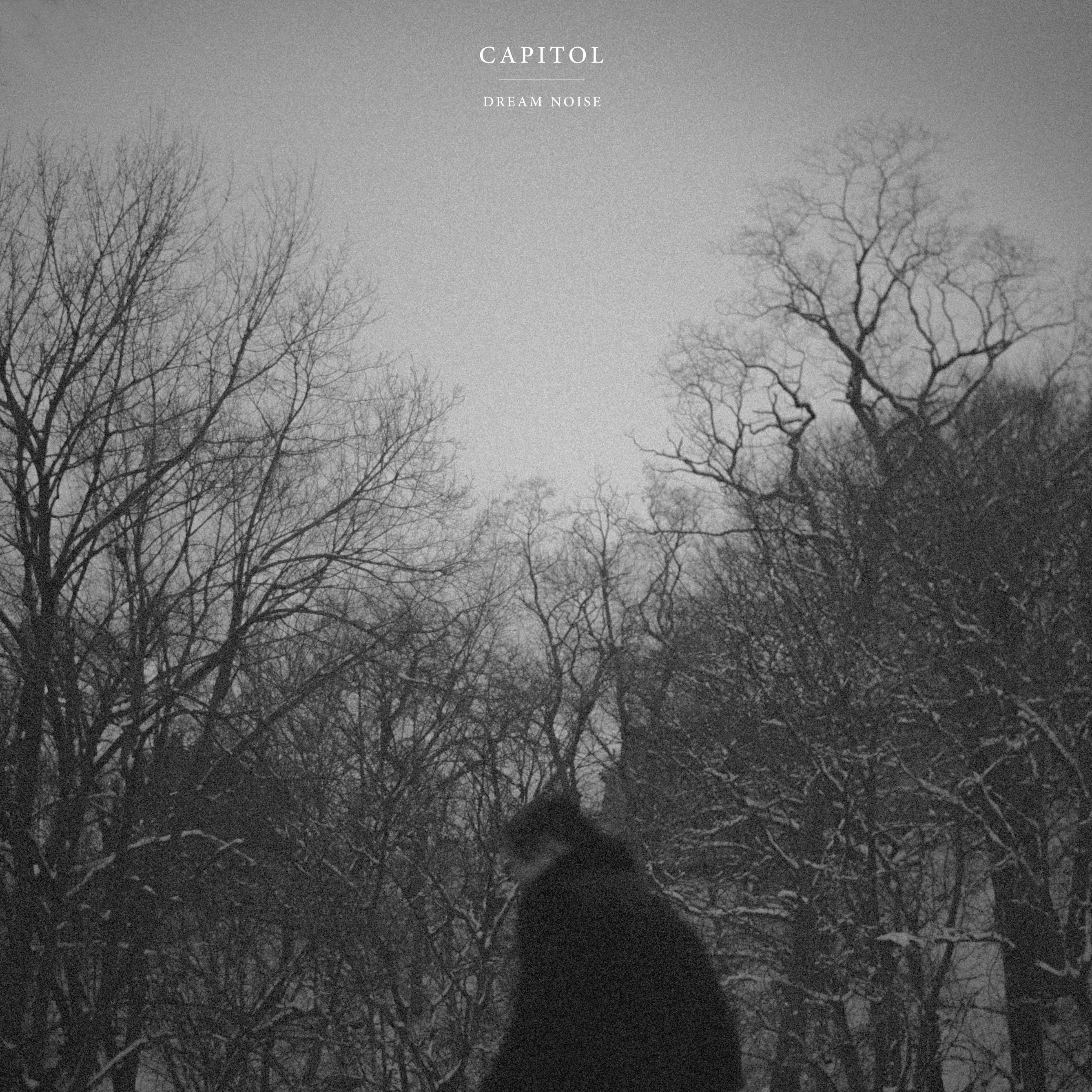 Cool Sounds are a guitar pop band from Melbourne. Led by Dainis Lacey, the band have released 2 full length LP's, Dance Moves and Cactus Country, along with three EP's. Their third LP 'More To Enjoy' is their finest work, out since September 20th via Hotel Motel, Osborne Again and Us. 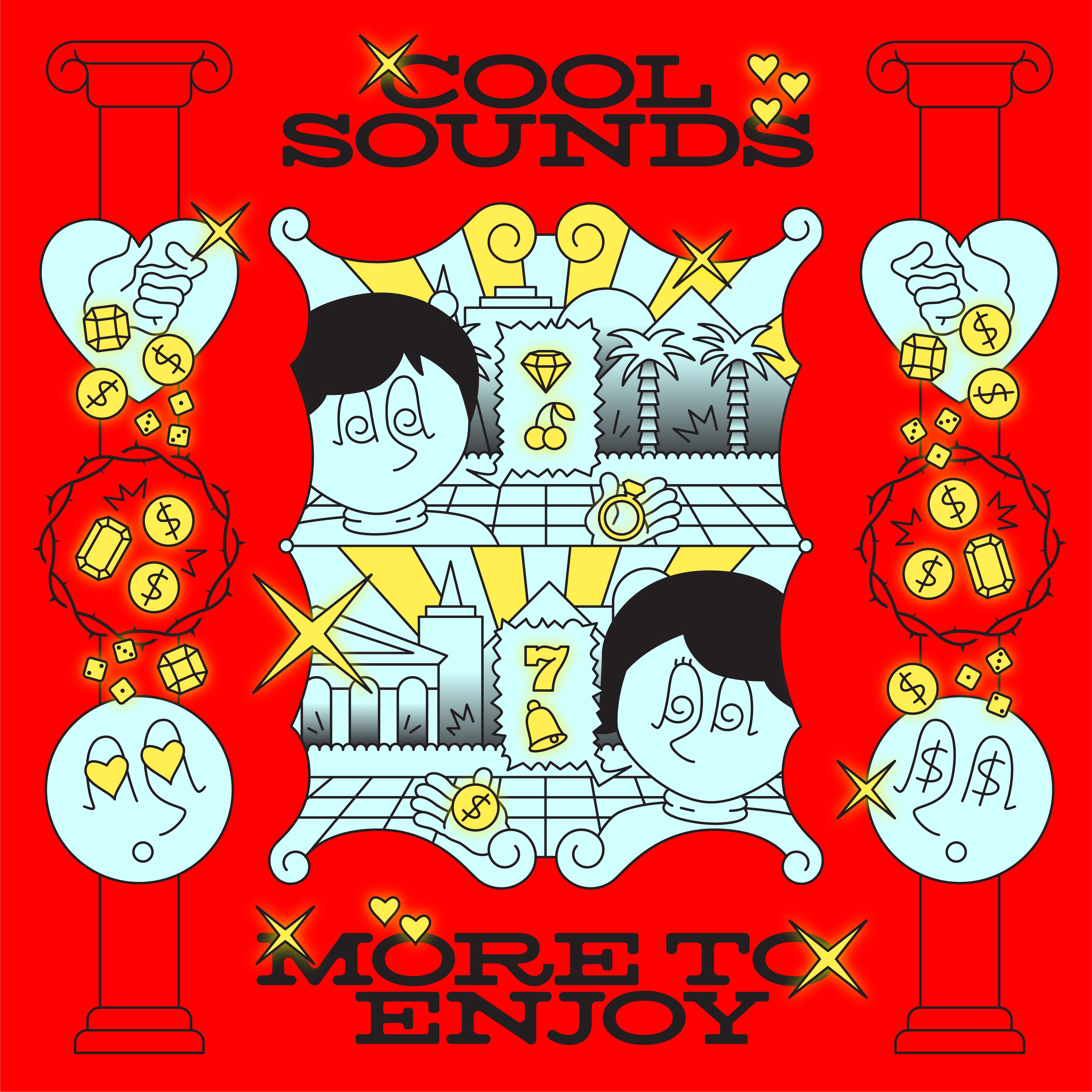 The new Poppel's album was recorded at Finster Studio in Antwerp, Belgium, during three days in summer 2018, and produced and mixed by Bert Vliegen (Sophia, Teen Creeps) and mastered by Laurens Grossen at Motormusic. Poppel’s music oozes a love for shoegaze, jangle pop and lo-fi dream pop. 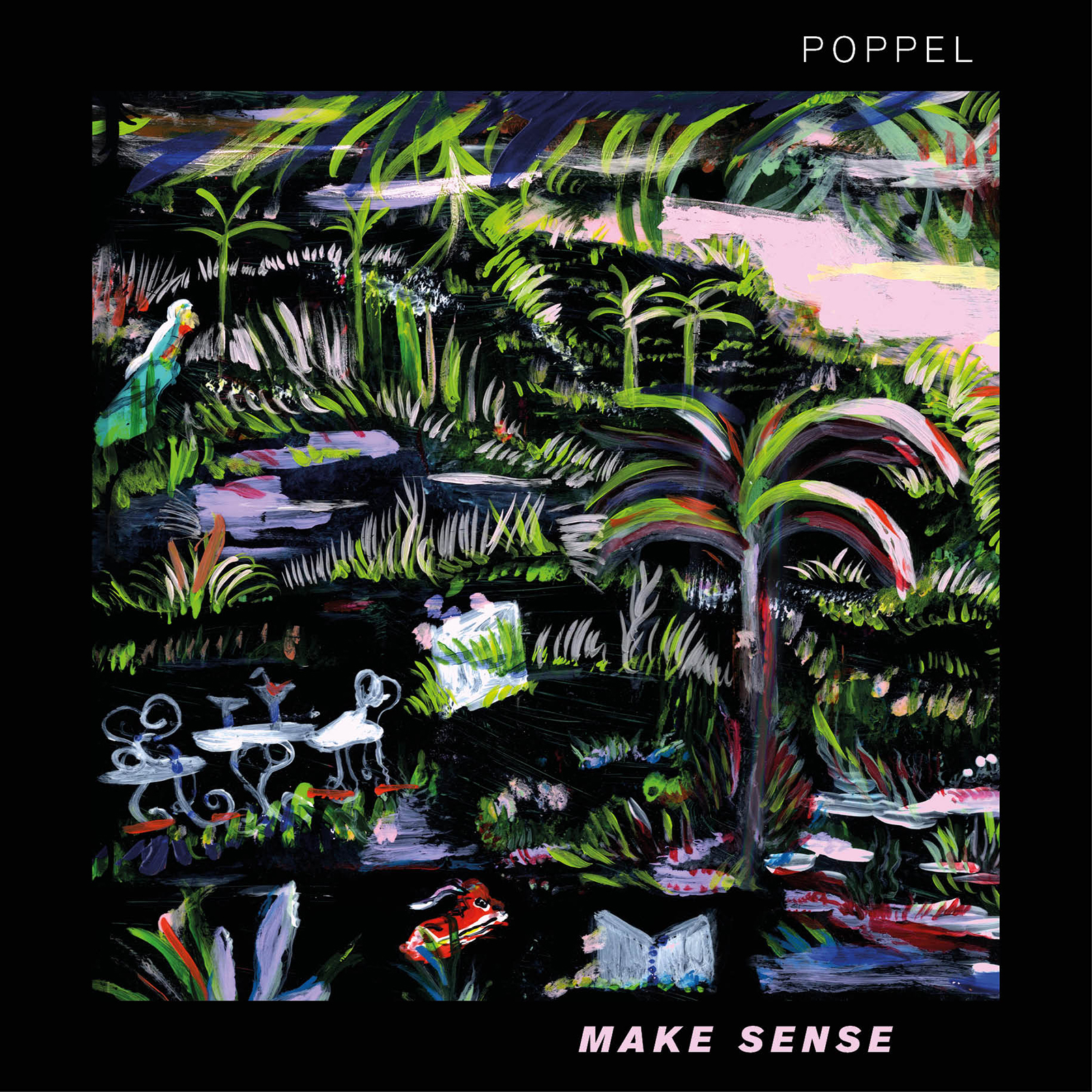 Brooklyn-based indie pop group Holy Tunics returned at mid year with a new album Hit Parade Lemonade Supersonic Spree, which was engineered and produced by Travis Harrison (Guided by Voices, Built to Spill) at Serious Business Studios. As the lead vocalist/guitarist Nick Rogers explains, “This new record is inspired by albums like R.E.M.‘s Monster, a dive into more rock than jangle and a love letter to ’90s alternative radio that spawned our love of the genre. ” 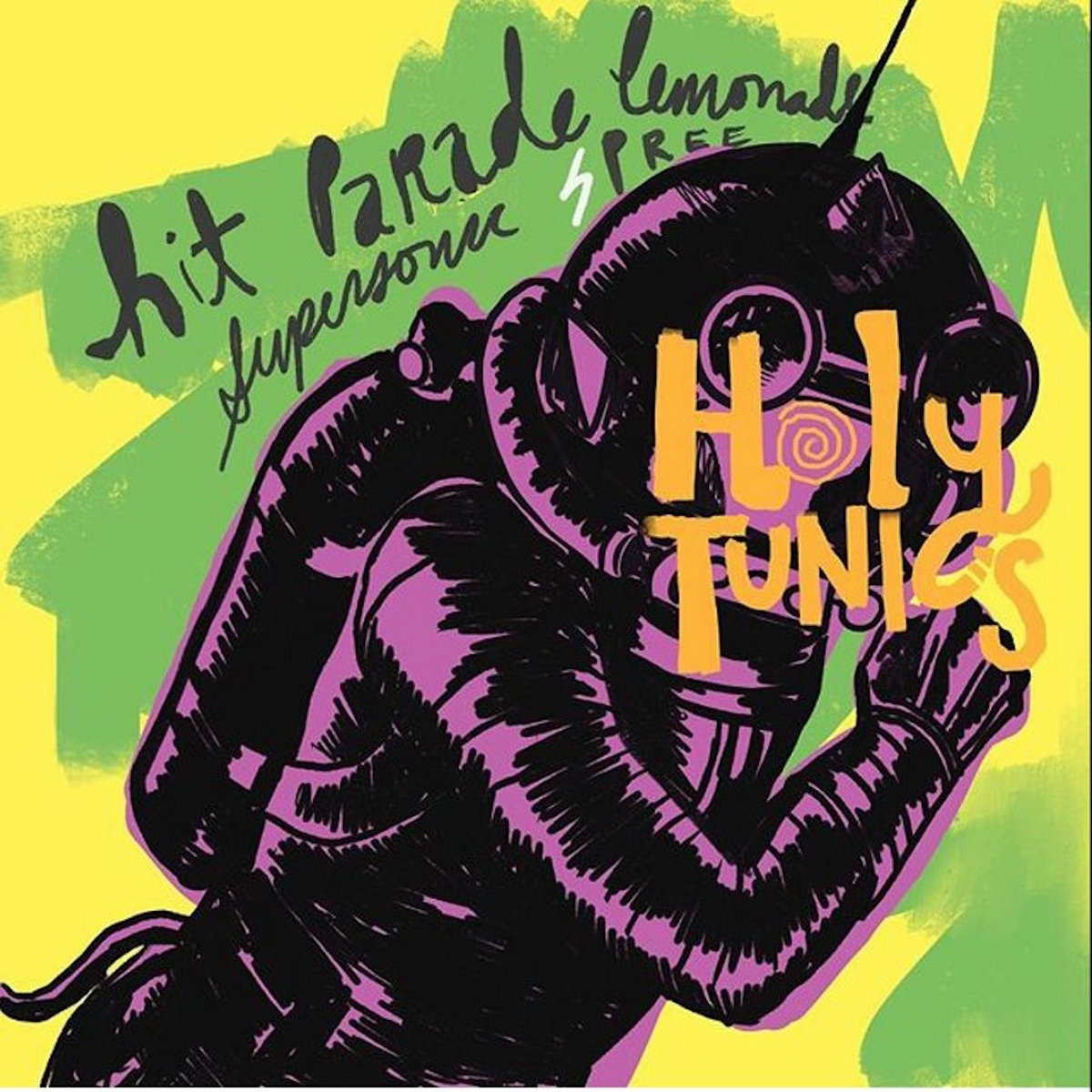 As Jonathan Richman once (or twice) famously lamented: “that summer feeling is gonna haunt you one day in your life”. For Monnone Alone, that day has arrived and here it is for all to hear!

Recorded and mixed by Melbourne-based Welsh producer Gareth Parton (Foals, Big Scary), with assistance from drummer Gus Franklin, Summer of the Mosquito is a big ol’ sun-smooch from a Melbourne band in no hurry to be anywhere but right here right now, and a songwriter happy to glimpse back briefly before being swept forward in life’s inevitable undertow. 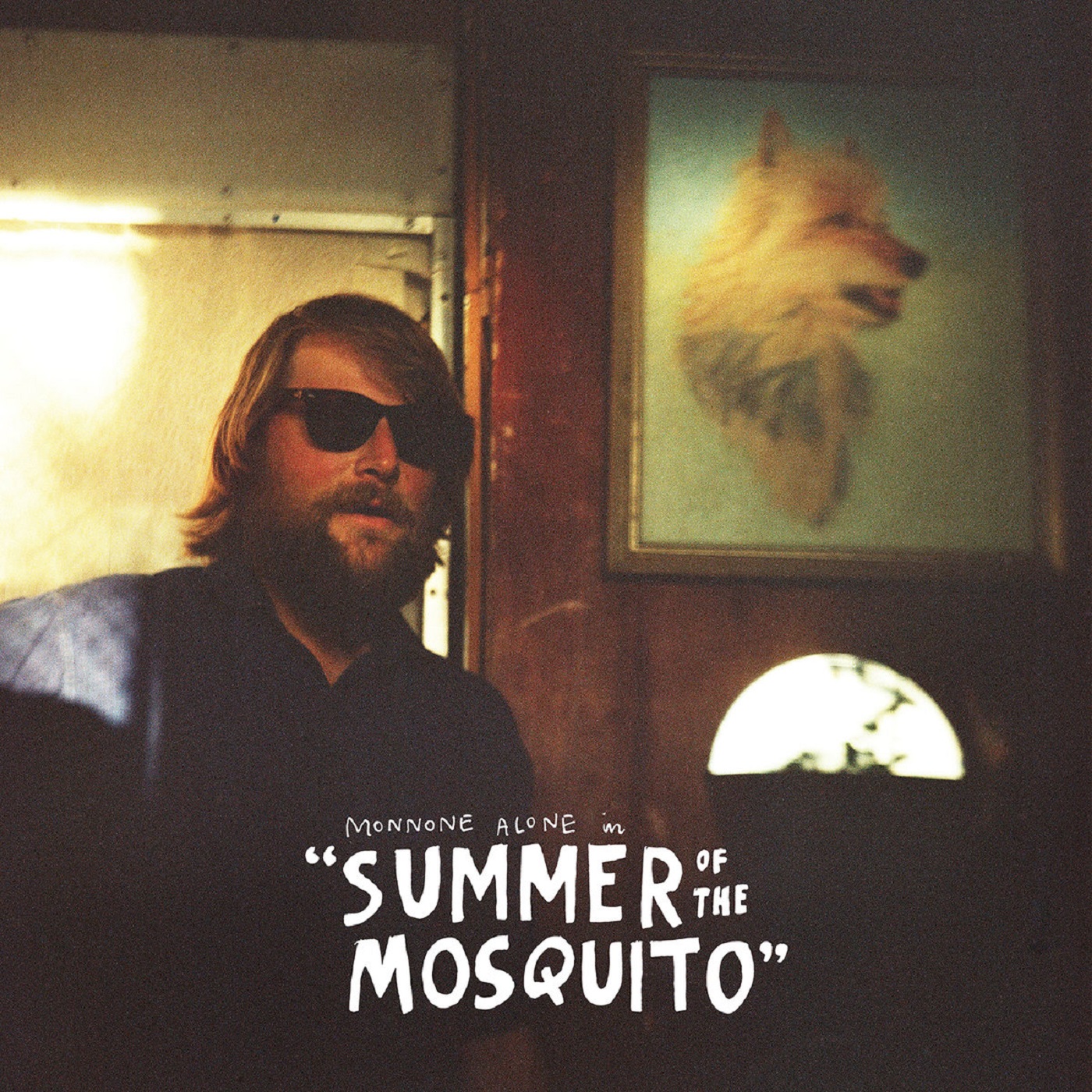 Jangly guitar rock and roll springing from the suburbs of North London. Chief songwriter James Wing a long with his little brother Tom and a hard grafted rhythm section in Luke Evans and Brendan Monahan released their second album “All Those Freaks” on April. 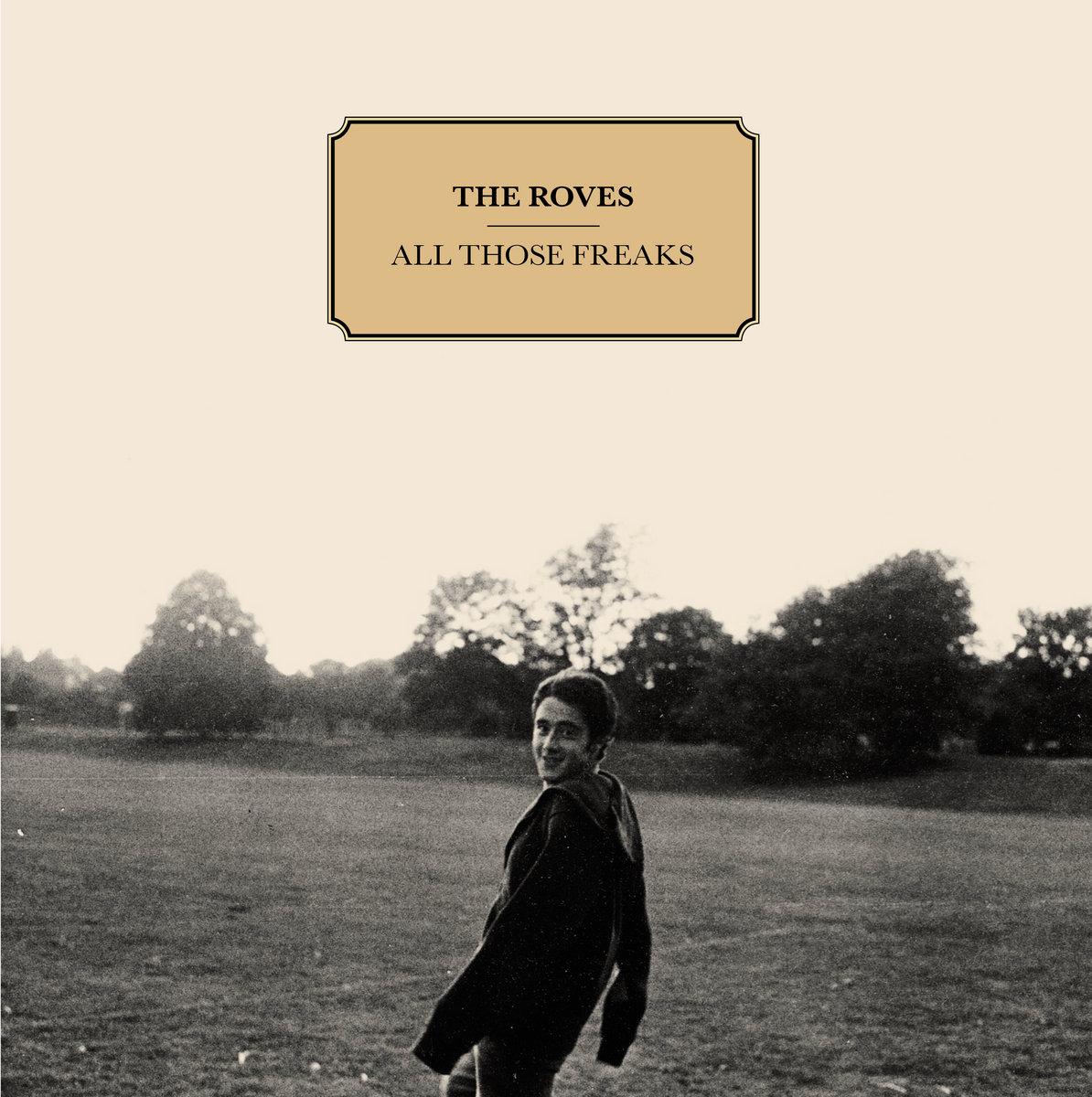 Do it Twice’ was the second taste from the Monnone Alone album Summer of the Mosquito, and follows previous single ‘Cut Knuckle’.

The single’s B-side ‘The Sea and the City’ is a cover of a song by San Francisco band The Mosquitoes, from their classic lost album of 2004 Our Generation. The album was recorded in Melbourne and Mark Monnone actually featured on drums. 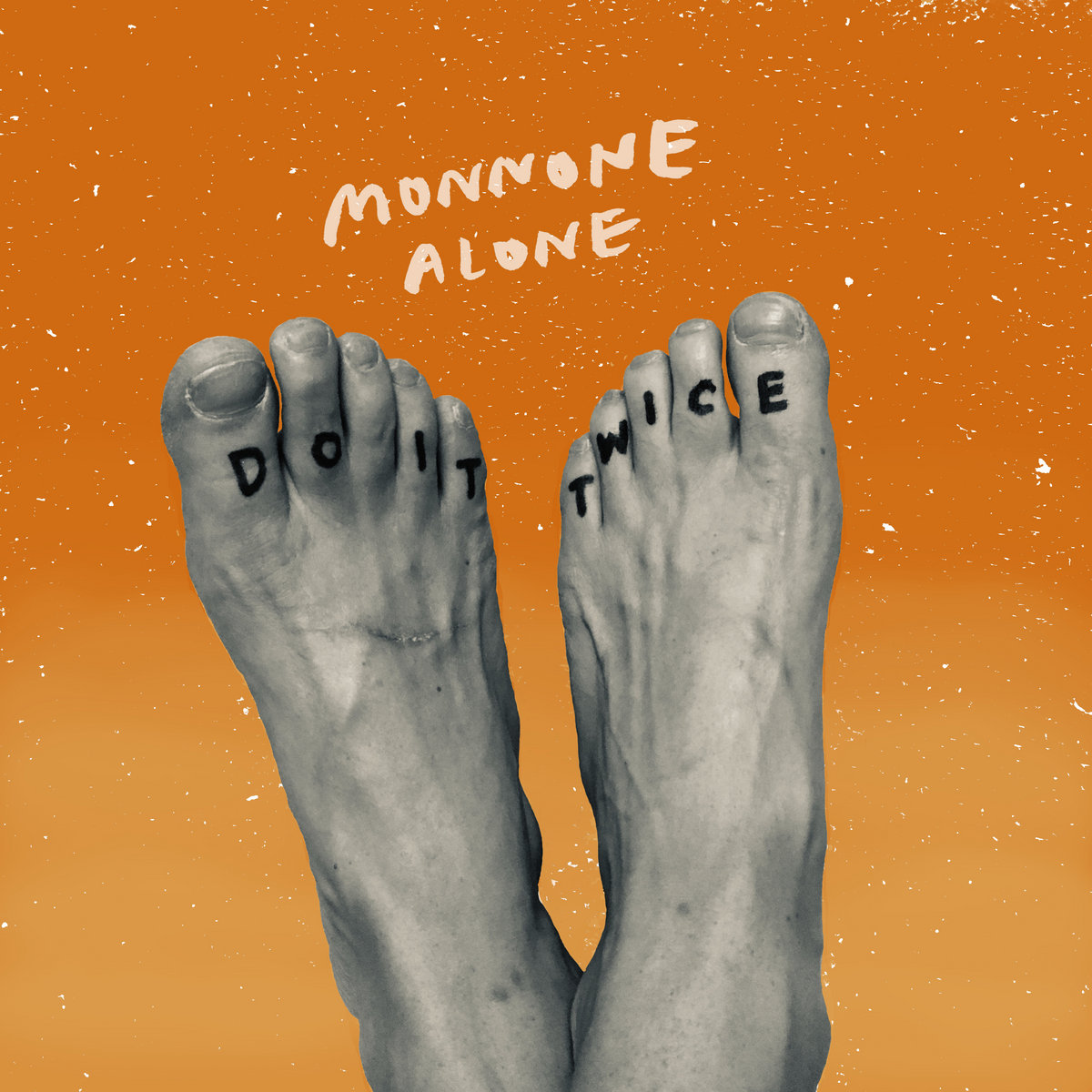 A shared love for melodic and uplifting guitar-driven pop music brought the member of The Maureens together. The band previously released two Albums, a self-titled debut in 2013 followed by 'Bang The Drum' in 2015.

Currently operating as a four-piece band, The Maureens are busy as always, writing and performing their exciting and melodic alternative pop songs. Here is their third album 'Something in the Air', where the dreaming about a better future is mixed with longing for the innocent days of youth. 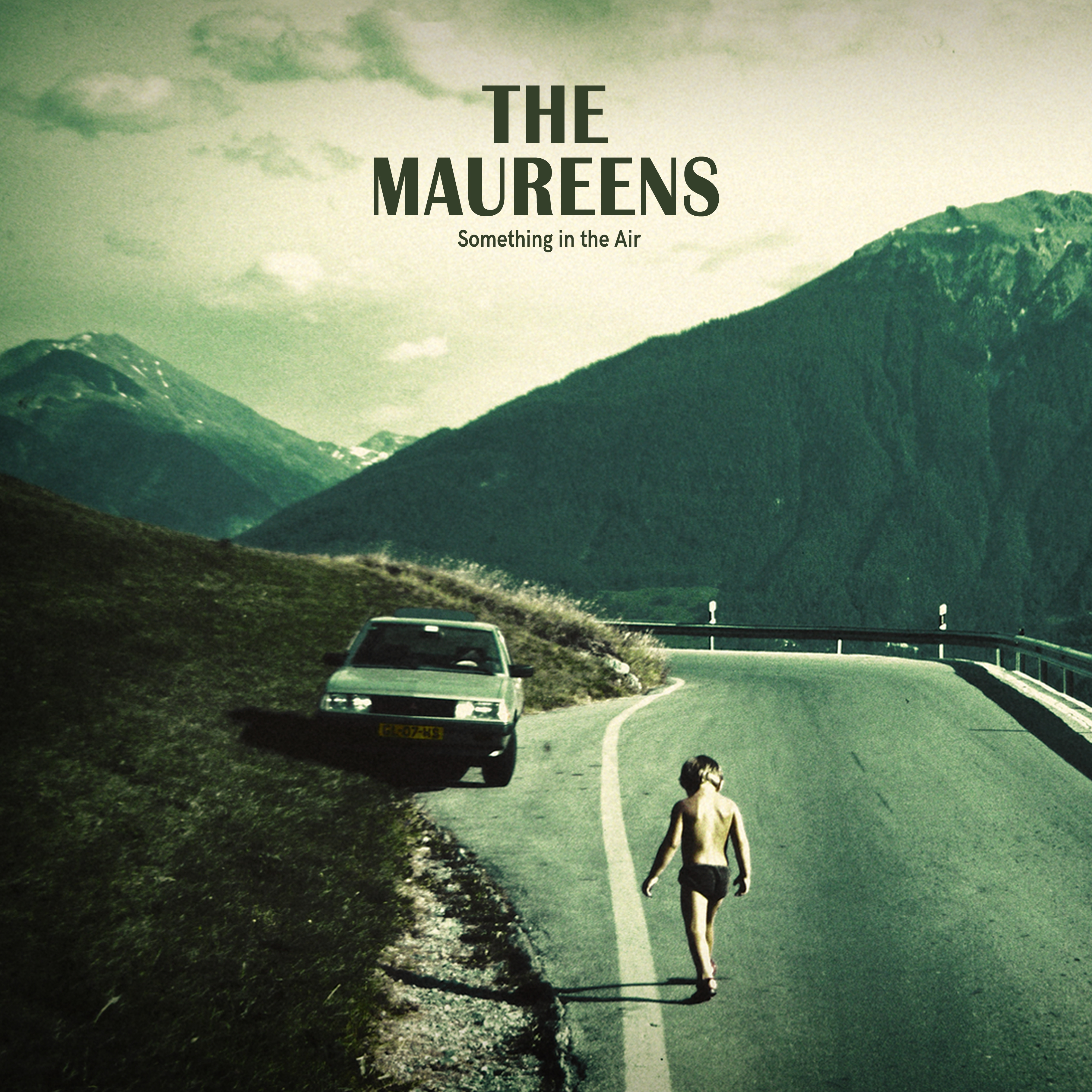 Don't forget to visit the BUNDLE section in our store to get better prices (and shipping costs!) if you are ordering 3 or more records from our discography.

Cheers to everyone who's supported us and 2020 here we go!