Rural France is a collaboration between Tom Brown and Rob Fawkes that began in 2017 as they both adapted to leaving London for the greener climes of Wiltshire.

Armed with a bunch of jangly demos, roughly hewn in numerous bedrooms and garages, they made their first album ‘Two Drink Maximum’ in 2018, released on legendary Australian label Half a Cow.

After releasing the follow-up Damp Spirit EP, the duo decided to forgo the studio to make their next record in Rob’s garage. Inspired by the hissy ‘if it sounds good it is good’ aesthetic of Guided By Voices, they set about recording a batch of songs that refracted the Beach Boys, GBV and Teenage Fanclub through the cynical lens of getting older.

With its dry lyricism, warped fuzz guitars and buzzing synths, ‘RF’ is the sound of Rural France distilled; an ode to both the pop nuggets of the 60s and the collective shoulder shrug of the 90s. 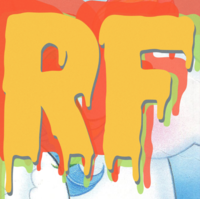